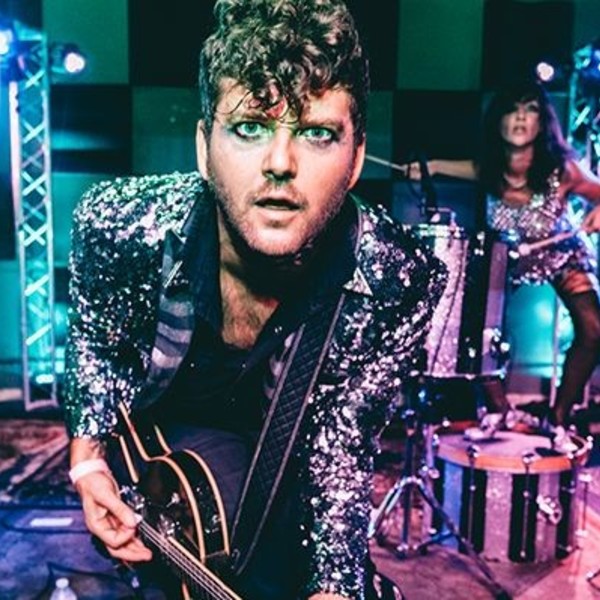 When it became clear that glam folk act He’s My Brother She’s My Sister was heading towards a hiatus, band members Rob Kolar and Lauren Brown decided to go off and find their own beat. What they learned from their previous outfit was that even folk fans want to find music that makes them move. That’s the dictum that’s guided the duo into the creation of KOLARS. As KOLARS, the pair create a kinetic brand of disco-inspired rockabilly they loving dub glam-a-billy. Kolar provides the soaring, fuzzy guitars while Brown pounds and literally stomps the percussion — she actually stands and tap-dances on a bass drum. Far from a gimmicky trick, the clacking feet add familiar moments one might expect from a hi-hat or the clapping of hands. Even without Brown’s unique method of performing, the band’s sound remains uniquely driving. Take their latest single “One More Thrill”. Crafted like a grooving ’70s country song carved out of the gleaming vibrations of modern rock, the track pulsates right into your chest. It takes your heart by the hand and leads you to the dance floor, daring you to not feel motivated to dance, shimmy, just escape the mundane. “‘One More Thrill’ is about someone who wants to break free from the monotony in their life to pursue their dreams,” the band tells Consequence of Sound. “The video uses imagery and creatures to symbolize that struggle and the excitement of taking that chance.LESS

Your cart is empty

Shipping and final taxes will be calculated at checkout